Today, decentralized identidifier (DID) is one of the hottest topics in Web3. As we all know, ENS the Ethereum Name Service is one of the most popular naming system based on the Ethereum blockchain. Many of us probably know the concept of DID through ENS. Today we have the CEO of KEY3.id, Kory Pak to talk about DID protocols and how KEY3.id aims to break through with an innovative approach and low barriers for entry to change the landscape of the DID sector.

Q: Can you tell us a little bit about decentralized identifiers for people that are not familiar with it?

Kory: In the Web2 era, internet domain names such as .com were used as an important invention to simplify the mapping of IPs such as 192.168.0.1 that people could not remember. In the Web3 era, DIDs also serve a similar purpose as a way to simplify the memorisation of complicated wallet addresses. Unlike Web2 domain names, which are used to resolve and point to websites, Web3 domain names are often used to resolve and point to individual wallet addresses. Having a DID will make it easy for people to remember each other and can be used in many occasions, such as Defi, Socialfi, Web3 gaming and so on.

Q: I think most people are familiar with ENS, and most definitely DID has become one of the most talked about topics in Web3, what is your view on this industry?

Kory:  To be honest, DID is actually not a new concept but it is considered as a developing sector. Namecoin is actually one of the earliest companies to attempt to use blockchain technology to store DNS-like records, i.e. a “mapping” of “.bit” to other specific IP addresses and addresses within the Namecoin’s blockchain. However, they didn’t succeed in the process of deployment, but this is where DID kind of started.

For ENS, Many celebrities and well-known brands are now using their ENS domain names as Twitter usernames, such as former NBA player Shaquille O’Neal (shaq.eth), Coinbase CEO Brian Armstrong (barmstrong.eth) and Ethereum founder Vitalik Buterin (Vitalik.eth). Budweiser purchased “beer.eth” for 30 ETH and Puma renamed their Twitter account to Puma.eth. Corporations use ENS domains for branding reasons, while individuals use ENS domains as more of a trendsetter.

Since the rise of ENS many other companies have entered this sector as well, including Space ID, DAS, Solana and Unstoppable Domain. Considering there are 2.5 million active wallets out there, there is mass room for DID development.

Q: You have mentioned that DID is a way to simplify the memorisation of complicated wallet addresses, how come it is not used by everyone since it’s actually such a practical use?

Kory: ENS is undeniable the top naming system in the DID industry. Anyone can register or buy a domain name of their own for a limited period of time from the secondary market at their own preference. However, registering and owning a domain name are expensive. For example, for a 3- digit ENS domain name, you have to pay $640 per year to keep your ENS domain. According to the ETH browser, the highest-valued domain name in history is paradigm.eth which sold for $1.508 million.

Q: So what makes KEY3.id different? Can you also share some stories with us about how you came up with KEY3.id ?

Kory: KEY3.id is a distributed, open, and extensible naming system based on the Ethereum blockchain. I think DID is the foundation of the metaverse and Web3, and it is highly likely that DID will become the gateway to Web3 in the form of “smart contract accounts”. This is also why I have chosen the name KEY3, which actually stands for the “Key to Web3”.

For me personally, being in the industry for so long, I want to bring something different to the industry and lower the barrier for everyone to enter Web3 and be familiar with the industry. From a pricing point of view, our biggest difference is that we are committed to providing a permanently free decentralized identity for every user. When I say free, it means that it’s Free to Claim, Free to Renew and Free to Own forever. We have also chosen the neutral term .did with the intention of being inclusive and not taking sides. Users can create any sub.did and assign ownership to anyone you’d like, even set up your own registrar for your .did.

Q: Can you explain more about what you meant by “not taking sides” ?

Kory: It means, de-fictionalization. Most of the current mainstream domain names have public chains as their factions, such as .eth, .bnb, .sol, etc., which are incompatible with each other and form fragmented user groups. Among the many domains with distinct factional characteristics, .did appears more neutral and inclusive, so it spoke naturally to me. From a broader perspective, Web3 is a big unified world and should not be divided and factionalized  at the entry level. DID should also not be contradicted with the core philosophy of Web3, but instead encourage each other and take part in the development of the ecosystem, building the Web3 industry together.

Q: So where can users actually use their DID?

Kory: First of all, essentially your DID will be bound to your wallet address, and the .did domain supports cross chains which can be bound to multiple chain addresses. For example, if you have an ethereum and TRON wallet address, your .did domain name supports both. Secondly, you can use your DID to send and receive funds, transfer tokens or NFTs, and can also be used as an ID, social networking, GameFi and other Web3 scenarios.

Q: Since .did is free to claim, own and doesn’t require any renewal fees, whats KEY3.id’s business model then?

Kory: Free doesn’t mean no business model. KEY3.id has opted for a more equitable distribution scheme for issuing premium domain names, as well as a more decentralized DAO vault. We have reserved short digital domain names with less than 4 digits and will subsequently distribute quality short domain names to users who contribute to the community, building through airdrops and auctions in a fair manner in which the proceeds from the auctions will be used to support project development.

Q: So since its launch, how is KEY3.id promoting its project to let Web3 users know about it? I’m sure a lot of Web3 users want to know about this project since it’s so inclusive with a low barrier for entry.

Kory: We’ve always been very active in our community. Just within 48 hours of the launch, KEY3.id gained over 16,000 Discord users, over 22,000 Twitter followers and over 16,000 users participating in the Early Bird campaign. We also gained a $3 million investment in KEY3.id from the GameFi Future Fund, a subsidiary of Game Space. We’ve also already signed partnerships with Bitkeep Wallet and Game Space.

On top of that, we have aligned partnerships with 8 leading wallets in the industry, including BitKeep Wallet, iToken Wallet, Bybit, KuCoin Wallet, Coinhub Wallet, Assure Wallet, Onto Wallet, Element.market and many other wallets, DeFi, exchanges, DAO organizations. They have also been very supportive in what we do and helping us along the way.

Q: Speaking of how expensive some of the domain names are, I know EKY3.id also has taken innovative approaches for people who have NFTs. Can you elaborate a bit more on that?

Kory: Yes that’s correct. So except for .did, we’ve also launched Asset Bound Token (ABT) DIDs. The first phase we have launched .bayc, BAYC NFT holders can claim their DIDs with the corresponding suffix at KEY3.id. For example, only the true holder of BAYC#0000 can mint for 0000.bayc. The domain name is use-only and not transferable.

The great thing about ABT is, it can recognize the NFTs in your wallet, so it ensures the reliability of your DID and truly represents Asset as your DID (asset as identity). Once the NFT is traded, the corresponding DID will also be destroyed. So from now on, there is another level of proof added to your NFT that can show you are the true holder of this Blue-Chip NFT. I think this is very important for NFT holders since they are the investors of their assets.

Actually, because of the .bayc launch, we gained great attention from BAYC holders in their community including some of Web3’s most famous influencers. Game Space CEO Michael Cameron minted 6669.bayc and changed his Twitter name to “Michael Cameron 6669.bayc”; former Huobi Global CEO 0xLivio minted 2883.bayc, and also changed his Twitter name accordingly.

Q: So the first phase is .bayc, what’s more to come?

Kory: Besides .bayc, KEY3.id will also support more Blue-Chip NFT domains including. doodles, .mfer, .mimic and other top-level NFTs as domain names. Seeing the support of many Blue-Chip NFT communities, we actually launched a voting campaign, where Blue-Chip NFT holders can vote for which NFT domain to launch next.  What’s more exciting is we will also launch “All” memebership. Take BAYC as an example, “all.bayc” will be used in partnerships with GameFi or NFT projects. The .bayc DID holders will be able to receive airdrops according to specific rules that are in line with the contract of “all.bayc”.

Q: Thank you for sharing today, what is your future outlook on KEY3.id?

Kory: DID as infrastructure is a new paradigm shifting into a new network ecosystem built around new standards and technologies. In the future, with the widespread adoption of DID, personal data will not be locked into a single ecosystem or a single entity, and DID will bring more value to the internet economic. Most small DID projects achieve harvesting in the registration process in order to cheat registration fees. For us KEY3.id, we focus on the concept of Free to Claim and free ownership permanantly, and more value creation allowing people to enter Web3 and to truly own their digital identity. 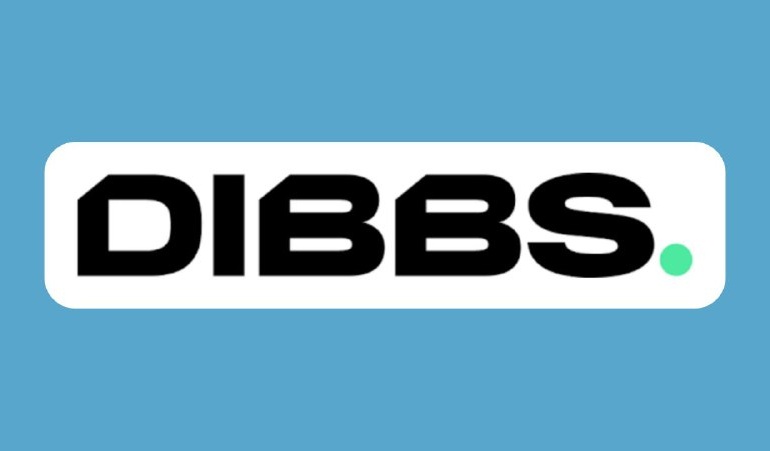 An Exclusive Interview With The CMO Of DIBBS – Ben Plomion 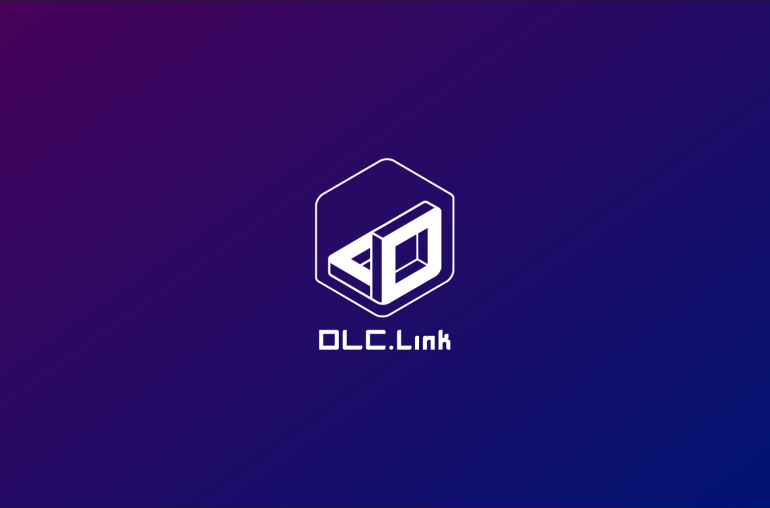