Phoenix Global swiftly rose to the 52nd position in terms of market capitalization.

Phoenix Global coin increases by 5,600% in four minutes — However, there is a catch.

Phoenix Global swiftly rose to the 52nd position in terms of market capitalization.
According to CoinMarketCap statistics, it just took four minutes for a relatively obscure cryptocurrency to surge by more than 5,600 percent as of Nov. 5.

Nonetheless, a token migration and a technical fault were at the heart of the big PHB pump, which CoinMarketCap has since addressed, with the PHB price currently up a comparatively modest 59 percent.

Phoenix Global stated in September that it will transition its corporate decentralised application solutions from the Neo blockchain to the Binance Smart Chain (BSC). In addition, the team suggested converting its NEO-based native asset PHX to PHB, a BEP-20 standard token, with a “redenomination” ratio of 100:1 (100 PHX = 1 PHB).

That threw CoinMarketCap’s calculations into disarray, as it began comparing the value of old coins against the value of new coins while calculating their supply cap as 3.5 billion. As a result, traders were led to believe that PHB’s market valuation had increased 56 times in less than five minutes, reaching $4.24 billion, making it the 52nd biggest.

“The project underwent a re-denomination, which affected the highest volume market pair on one exchange,” CoinMarketCap noted in private comments.
After all, it was just a hiccup.

The cost of purchasing one PHB token did not rise as predicted. On the contrary, after its debut on Binance on November 5, the cryptocurrency fell by more than 32% to $0.947.
Earlier this year, a technical issue on CoinMarketCap propelled Wrapped Bitcoin, a cryptocurrency that serves as a mirror for Bitcoin within the Ethereum ecosystem, to the top crypto slot. 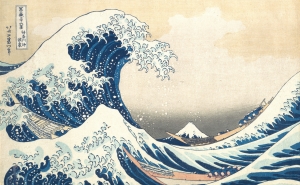