Nomura, a Japanese financial holding company, will be launching a new company. The aim of this company will be to help clients transition into DeFi and NFT tokens. The company is going ahead with the launch despite the rate of volatility running in the crypto market in recent times. This has raised questions about the assurance of safety for investors.

Gathered from discussions of people who are quite acquainted with the company and are aware of some of its plans, the largest investment bank in Japan will combine digital asset services under one owned subsidiary. This merger will have nothing less than 100 staff by the end of 2023.

It was a special week for Nomura last week, as it successfully executed its first Bitcoin futures and options trade. The execution was on the Chicago-based futures exchange CME by DRW’s crypto–trading arm Cumberland.

There have been discussions over the plans for about four years. However, the unveiling coming at a time like this has raised many concerns, especially because of the crash in the cryptocurrency market.

Although crypto investors have regarded the recent crisis in the market as a “correction,” for the first time since last summer, Bitcoin, as of last week, dropped below $30,000. The largest stablecoin, Tether, could not maintain its usual link with the US dollar.

The company has plans of outsourcing job roles while still retaining the in-house leadership. This will give the company the leverage it needs to be more competitive while delivering top-notch service to clients in the cryptocurrency ecosystem.

In response to some questions about digital assets and the company’s chance of competing in the current crypto market crisis, one of the executives stated that “If we don’t do this, then it’s going to be more difficult down the line to be competitive.” The organisation believes that the time is right for the company to make this form of strategic move in remaining relevant as a major financial force. 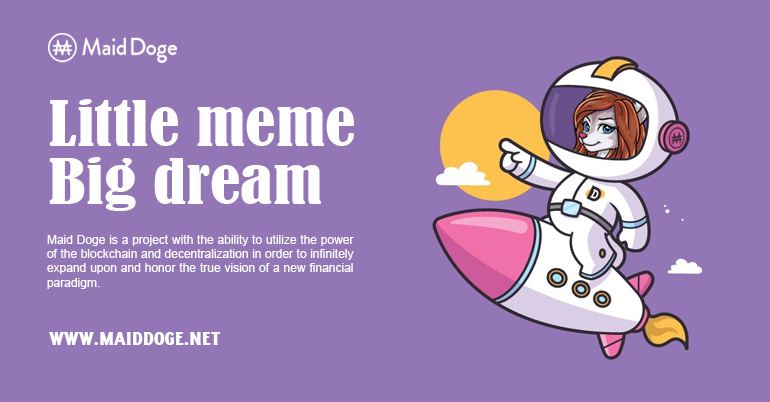 Maid Doge: A Dream Investment With A Community-Driven Meme Coin