The industry is growing with every passing day as innovations, newer investors, and companies become a part of it. Similarly, Virtu Financial and Citadel Securities are reportedly building their cryptocurrency trading platform. Charles Schwab and Fidelity Investments are side by side with Citadel and Virtu Financial for the creation of a crypto trading platform.

The project was revealed through a Bloomberg report on Tuesday. The report stated that Citadel Securities and Virtu Financial are building a cryptocurrency trading platform, and brokerage giants Charles Schwab and Fidelity are helping them.

Though the news of the development is being circulated all over the crypto market, the crypto product is still in the initial development phase. It has a long way to go before completion. Some believe the trading platform will not be available before early next year or this year.

Mayura Hooper, a spokesperson for Charles Schwab Corporation, stated that the company had made a minority, passive strategic investment in a new digital asset venture with Virtu Financial and Citadel Securities alongside another brokerage giant, Fidelity Investments.

She further stated that they know the significant interest people show in the crypto industry. They would only invest in those technologies and those firms that aim to work with a strong regulatory focus, providing investors and people a secure environment.

Hooper also clarified that Charles Schwab currently has no plans for direct crypto trading. However, she is optimistic that when there is regulatory clarity, Charles Schwab will likely consider introducing direct access to cryptocurrencies.

The recent developments in the area seem to support the remarks made by Ken Griffin, the founder of Citadel Securities. Griffin stated in March that the firm has plans to make markets in crypto. He emphasized at that time that the markets would be formed ‘over the months to come.’

Susan Coburn, the spokesperson for Fidelity, told the publication that Fidelity Investments is and will continue to support all those efforts from within the industry that gives clients the option to source liquidity.

In April, Fidelity announced that it would allow bitcoin as a part of 401(k) accounts. The announcements raised grave concerns and upset the United States Labor Department and numerous lawmakers. 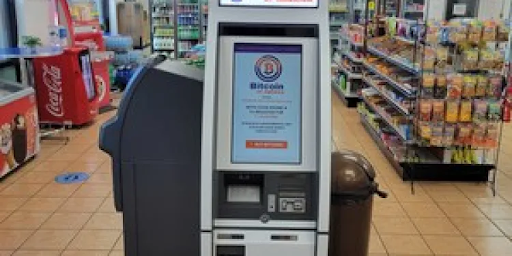