President Donald Trump has predicted that the US economy will recover by 2021, citing new jobs data released by the Labor Department which contains a “misclassification error.” Officials say the numbers are artificially low, and Federal Reserve Chairman Jerome Powell and several economists have voiced their concerns.

Trump Thinks US Economy Will Recover Next Year

The U.S. is facing a severe economic crisis with record-high unemployment, fueled by the coronavirus pandemic. However, the Department of Labor released its May jobs report Friday showing a drop in the jobless rate from 14.7% in April to 13.3%. After a record plunge of 20.687 million in April, the official data show that nonfarm payrolls increased by 2.509 million jobs. Economists had predicted about 20% unemployment for May.

President Donald Trump immediately celebrated the better-than-expected data. “We’re bringing our jobs back,” he said at a news conference at the White House. “I think we’re actually going to be back higher next year … The numbers are great. And this leads us into a long period of growth. We’ll go back to having the greatest economy anywhere in the world, nowhere close I think we’re going to have a great few upcoming months.” Trump asserted:

Next year is going to be one of the best years we’ve ever had economically.

President Trump has been counting on a strong U.S. economy to bolster his chances of re-election in November. He further said Friday’s positive jobs numbers made it “a great day” for George Floyd, a 46-year-old man who died on May 25 after a police officer pressed a knee into his neck while detaining him. “Hopefully, George is looking down right now and saying, ‘this is a great thing happening for our country’ … It’s a great day for him, a great day for everybody. This is great day for everybody. This is a great, great day in terms of equality. It’s really what our constitution requires and what our country is about.” His speech regarding Floyd has drawn much criticism.

Soon after Trump’s statements, a number of officials and commentators declared that the jobless figure touted by the president is artificially low, pointing out a misclassification error. According to the Bureau of Labor Statistics (BLS) itself, the rate does not include another 3 percentage points of workers classified as “temporary layoff,” who allegedly lost their jobs due to the coronavirus pandemic. In a note released with the May jobs data, the BLS admitted:

BLS and the Census Bureau are investigating why this misclassification error continues to occur and are taking additional steps to address the issue.

The huge discrepancy between Friday’s official jobs data and economists’ expectation prompted some to suspect that Trump might have manipulated the BLS data. The error did not just occur in May; the same misclassification happened in April as well, which would have added another 5 percentage point to the 14.7% unemployment rate, the agency further admitted. The bureau said the same methodology is used every month.

BLS’s own weekly survey shows about 50 million more unemployed people. Some 42 million people filed for jobless benefits since mid-March after mass closures and layoffs, and there are also 7.14 million jobless in March before the pandemic really hit.

Officially, the BLS claims that the number of unemployed fell by 2.09 million in May, leaving out 21 million unemployed according to the undercounted BLS figures. Economic Policy Institute Policy Director Heidi Shierholz tweeted:

If all the 32.5 million workers who are out of work as a result of the virus had shown up as unemployed, the unemployment rate would have been 19.7% in May instead of 13.3%.

Contradicting Trump’s view, economists “pointed out that even the latest data shows 28 million people had their job cut or hours reduced during the pandemic. Plus, an alarming number — 2.3 million people — now say they have permanently lost their jobs,” the Washington Post reported, noting:

There’s a long way to go before the job market gets back to where it was before the pandemic.

St. Louis Federal Reserve economist Yi Wen wrote in a paper last month that “a combination of aggressive fiscal and monetary policies is necessary for the U.S. to achieve a V-shaped recovery in the level of real GDP.” He noted that “Aggressive policy means that the U.S. will need to consider negative interest rates and aggressive government spending, such as spending on infrastructure.”

Federal Reserve Chairman Jerome Powell has expressed strong doubts about using negative interest rates in the U.S. but he emphasized that more fiscal measures could be needed. In an interview with CBS in May, the Fed chair said the U.S. economy could “easily” contract by 20%-30% this quarter. He warned that “Unemployment could potentially peak at 25%” and “a second wave of the coronavirus” could deeply impact the economic recovery. “This economy will recover. It may take a while … It could stretch through the end of next year. We really don’t know.” He further said the economic downturn might last until late 2021, and a full rebound may not happen until a covid-19 vaccine is found.

What do you think about Trump’s prediction and the misclassification error? Let us know in the comments section below. 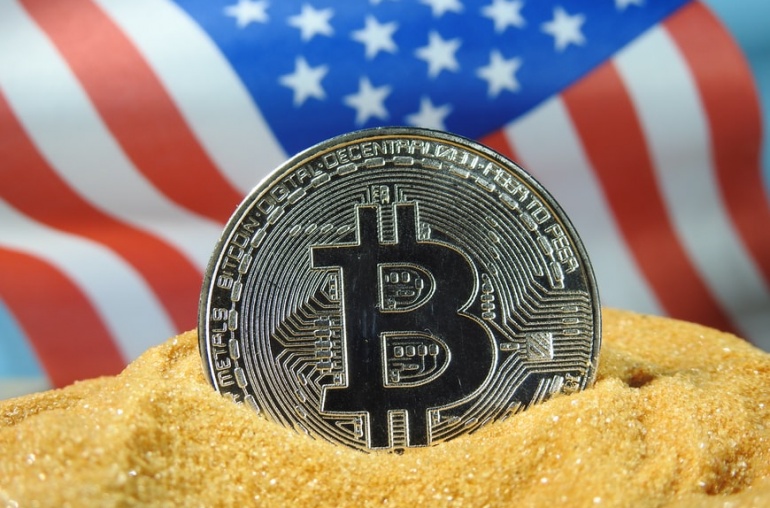