Effect of FTX Collapse On The Crypto Industry

From the Bitcoin price plunge to the Luna crash, 2022 has been a difficult year for cryptocurrency investors worldwide. As if that pain wasn’t enough, the crash of the crypto exchange FTX has worsened the woes of the cryptocurrency market and disrupted the recovery it has been making over the past few months.

The FTX collapse will also hit crypto investors in India. According to crypto industry estimates, there are around 25 million investors in the Indian crypto market. Among them, about 5,000 investors holding FTX’s native token, FTT, were directly affected by the crash, an industry expert told Inc42. Furthermore, to understand this better, we really need to learn more about FTX and its impact on the crypto industry.

FTX is a crypto exchange that helps crypto users buy and sell crypto assets. Each and every cryptocurrency is based on the same structure as Bitcoin. A publicly accessible “blockchain” that records ownership without the control of a central authority. FTX, along with rival Binance, is big and important as it handles the majority of cryptocurrency trading worldwide. Both Binance and FTX are popular internal exchanges, and their cryptocurrency equivalents are present in offshore casinos.

That’s why many refer to the FTX collapse as the “Lehman Brothers moment.” This is a nod to the collapse of his fourth-largest investment bank in America, which has affected the entire global economy and set off a domino effect in what has become the worst financial crisis since the Great Depression. It’s too early to tell if this means the death of cryptocurrencies. The collapse of FTX raises big questions for a largely unregulated industry.

What Events Led To The FTX Collapse?

A report by CoinDesk, a cryptocurrency news platform, triggered the collapse of FTX. As per the media’s reposts, Alameda, a crypto hedge fund owned by FTX founder Sam Bankman Freed, has invested billions of dollars in FTX. Alameda was the primary trader and market maker of FTX, and the fund used its FTT as collateral for its loans. FTX used to use Alameda’s to inflate their price. Reports of fraud and embezzlement of investor funds held on the exchange have also surfaced.

This problem was worsened when Binance CEO Changpeng Zhao decided to sell his company’s sizeable FTT holdings. This surprised investors, and as the news spread, the token’s value plummeted from $22 in early November to $1. This led to a bank run among FTX clients, who began withdrawing funds, leading to a liquidity crisis until FTX filed for bankruptcy on Friday.

How Did FTX Collapse?

FTX filed for bankruptcy on November 11. CEO Sam Bankman-Fried has admitted that the company does not have enough reserves to meet customer demand.

FTX hack happen within a few hours of filing for bankruptcy. The exchange has uncovered a fraudulent transaction in which nearly $500 million of his assets discovered by Elliptic may have been stolen. Hackers used “on-chain spoofing” to exfiltrate wallets for several days. The hackers then reportedly invested those funds in Ethereum.

How Did the FTX Collapse Exacerbate and Affect Cryptocurrency Prices?

On Tuesday, the crypto market capitalization fell 15% to $887 billion, with most cryptocurrencies falling. Bitcoin, the most popular crypto, fell 17.9% in the past week, while Ethereum fell 19.1%. Solana, considered the most promising cryptocurrency, was down 95% from its all-time high as per reports on November 6. Tethered to real investments and currencies, Tether is the only coin that has maintained any degree of stability during this crisis.

Future of FTX and The Consequences of Its Collapse

As per the crypto experts, the identity of FTX as a cryptocurrency exchange is in danger. At the midpoint of November 2022, withdrawals had been voided, and a notice on the official website of FTX stated that the company was roughly discouraging deposits. The wider impact of the FTX collapse on the cryptocurrency industry will also take some time to become apparent. Clients of the FTX platform may need help recovering their assets, and legal action may be taken.

The U.S. Securities and Exchange Commission and the other regulators might take the FTX collapse as a valid reason for increased regulatory scrutiny of cryptocurrencies, prompting Congress to intervene and introduce new legislation on digital tokens. The shocking collapse of FTX, which was also the third-largest exchange by volume, will send shockwaves through the crypto market for a few days or so.

Cryptocurrency lender BlockFi suspended payments to customers on November 11, 2022. Crypto.com saw a spike in withdrawals from November 12 to 13th.

The suspension of customer withdrawals from Genesis Global Capital’s cryptocurrency lending units was most likely just the beginning of the damage.

Could FTX Collapse Spill Over To The Rest of the Cryptocurrencies?

Since the crisis began on FTX, Bitcoin has fallen from $20,000 per coin to $16.5,000, the lowest since 2020. The broader sector has seen it drop nearly 5% over the past 24 hours, according to CoinMarketCap, as have large companies and protocols.

If you are exposed to FTX, you must prove your liquidity. For example, the popular token of the Solana protocol, which allows users of this blockchain to trade Bitcoin, relies on FTX for its value. If an exchange goes bankrupt, it’s unclear whether the protocol will recover bitcoin, and millions of dollars will be lost overnight.

As of the latest updates, the token was out of the “bracket” and trading at $0.98 per dollar. Paolo Arduino, the company’s chief technology officer (CTO), also tweeted to reassure their investors, pointing out that the company had processed up to $700 million in withdrawals the day before.

What’s Next for FTX?

The company must either raise billions of dollars to meet customer withdrawal requests or find a way to reassure customers that their funds are safe and stop the outflow. It’s never easy when so many customers are rushing to the door. Bloomberg reported that Bankman Fried said he needed $4 billion to keep the company solvent in its $8 billion shortfall. Exchanges also raise deeper questions. A day before they agreed to sell the company to Binance, Bankman-Fried tweeted that “FTX is no problem” and would not trade their clients’ assets.

However, according to a message to investors from his VC, Sequoia Capital, who invested $150 million in FTX, the company is facing a liquidity crisis and a crisis in its ability to pay. The day after the failed sale, “SBF” resurfaced and apologized for the failure. “I messed it up twice,” he wrote, starting a series of tweets apologizing for poor communication and mistakenly assuming the exchange would not suffer a liquidity crisis. However, later, he stated that he was not insolvent.

On the other end, an apology by Bankman-Fried’s ended there, and the users were still there with a lot of questions, especially given the other allegations he was making at the same time.

Governments and regulators worldwide have concerns about the cryptocurrency industry, and the FTX collapse only adds to their problems. In November 2022, the virtual currency exchange FTX crashed for about 10 days. Following a report that pointed towards potential leverage and solvency concerns, the FTX exchange also faced a liquidity crisis and was trying to negotiate a bailout from rival Binance, which failed in no time. FTX freezes assets. The CEO resigned and filed for bankruptcy within days. The impact of the FTX failure on the entire cryptocurrency industry is ongoing and challenging to measure. SocialFi: what is it? Introducing tomorrow’s social network for beginners 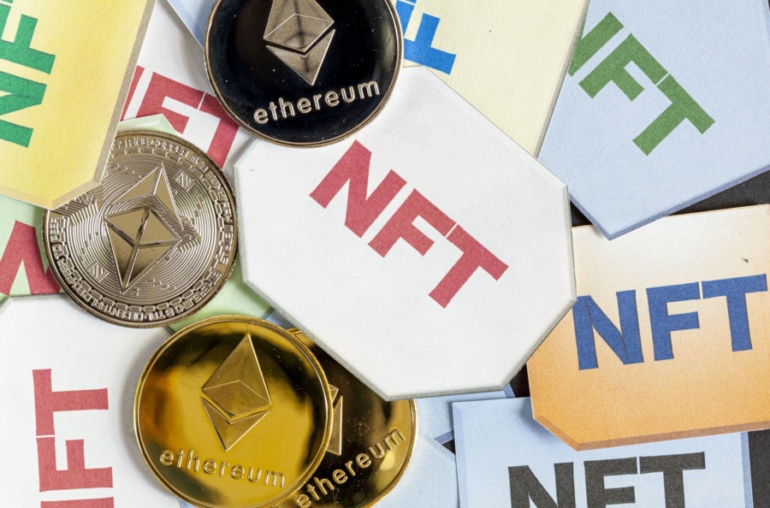 Why is Ethereum used for NFTs?