The Federal Reserve System was created after the “Panic of 1907” and ever since its inception in 1913, the Fed is one of the most powerful modern central banks in the world. Moreover, the Fed has always been either celebrated or criticized for stepping in whenever the U.S. is stricken with some kind of fear. During the coronavirus outbreak, the central bank has unleashed a massive number of monetary easing tactics, which has prompted editors from Wikipedia to add updated information to the Fed’s Wiki page. The central bank’s page now states: “[the] COVID-19 pandemic in 2020 [has] led to the expansion of the roles and responsibilities of the Federal Reserve System.”

Panic at the Knickerbocker Trust – 1907

During the last few months, Americans have witnessed the power of the Federal Reserve’s shenanigans as the central bank has created trillions of dollars out of thin air. The expansion of the Fed’s balance sheet has ballooned to upwards of $6.9 trillion and the bank slashed the benchmark interest rate to zero percent. U.S. citizens have been indoctrinated to believe that the central bank is there to protect the country’s monetary system and keep it stable.

The Fed is also a secretive bank that works very closely with private dealers, smaller financial incumbents, and the country’s largest asset manager Blackrock. Since the very creation of the Fed in 1913, a group of America’s banking and corporate elite used a specific panic to make the public believe that the central bank would keep them safe. However, the Fed was initiated by the very people who destroyed the American economy in 1907 as a cartel of bankers used fear to get the populace on board with fraudulent schemes.

In mid-October, for three weeks the American economy suffered as the New York Stock Exchange dropped 50% during the first week. At the time the U.S. populace was much smaller than it is today with only around 87 million citizens. The panic that ensued caused many runs on banks, savings and loan firms, and trust companies. Depositors panicked because bankers were caught red-handed setting up ‘bucket shops’ with people’s deposits and only keeping a fraction of reserves on hand. This ultimately led to the fall of the Knickerbocker Trust and this is why some people call the panic of 1907 the ‘Knickerbocker Crisis.’ Scholarly articles show that one man, JP Morgan, and his crew of New York bankers saved the day. Even though Morgan and his cronies were responsible for the side bets, he and his crew also stepped in to offer a solution.

Interestingly, the heirs, descendants, and well known banks run by Morgan and his pals in the early 1900s, are still in operation today and these financial institutions still run the American monetary system. One report shows that eight families are still in charge of America’s finances which include descendants and close friends from “Goldman Sachs, Rockefellers, Lehmans and Kuhn Loebs of New York; the Rothschilds of Paris and London; the Warburgs of Hamburg; the Lazards of Paris; and the Israel Moses Seifs of Rome.” The creation of the Fed took place six years after the fall of Knickerbocker Trust and it was created out of fear that lingered from the 1907 bank runs. People often focus on the fact that President Woodrow Wilson created the Fed on December 23, 1913. This is because it’s said that it was done on Christmas Eve in order to provide a distraction. What’s not very well known among the public is that Morgan’s secret cabal called the ‘Money Trust’ was instrumental in creating the Fed. At that time five unelected men were responsible for shoving the Federal Reserve system down the population’s throat.

The reason we know that Morgan and his cronies started the crisis and created the Fed is because it is well documented by the nation’s journalists and a few investigations. The five unelected men included JP Morgan, John D. Rockefeller, Jacob Schiff, Paul Warburg, and Baron Rothschild. The bankers involved were investigated in Congress during the Pujo hearings, which gives a comprehensive view of the entire situation involving the ‘House of Morgan.’

The Pujo hearings are no secret, and even the St. Louis Fed has shared the investigation publicly. The Pujo Committee identified a massive system made up of 341 directorships, and 112 different corporate entities. At the time, the U.S. was going through the Industrial Revolution and Morgan and Rockefeller manipulated the economy from behind the scenes. After the Fed was created, the citizenry that witnessed the banking cartel mess up the economy in 1907, saw the very same members of the financial cartel ruin America’s financial system again in the ‘20s and ‘30s. At this point, the ‘Money Trust’ gang was interwoven with the U.S. bureaucracy and Franklin D. Roosevelt (FDR) defrauded the populace with the bankers this time around.

With the help of an executive order and Morgan’s crew, FDR created the bank holiday and made gold ownership illegal. FDR confiscated the American citizen’s gold while Morgan’s banking crew, specifically Warburg, Schiff, and Rothschild funded many factions of WW2. It is well documented that Morgan and his friends funded not only the allied forces, but also Stalin’s movement and the Nazi regime as well. By 1944 the Bretton Woods pact was initiated and the bankers invoked the power of the U.S. dollar by leveraging gold. Years later a few nations figured out that the Federal Reserve was printing massive amounts of money from thin air.

Other countries really started noticing because of the enormous Vietnam War expenditure. So President Richard Nixon removed the gold standard away from the USD and descendants of the House of Morgan continued to run the American economy. The U.S. bankers and political elite had to make a deal with Saudi Arabia and they created the petro-dollar. The petro-dollar made it so every country in the world has to purchase oil with U.S. dollars.

During the rest of these years the U.S. military-industrial complex funded by the unaudited Federal Reserve continued to grow under President Reagan, Bush, Clinton, GW Bush, Obama, and Trump as well. Because of the Fed’s manipulation with Wall Street, politicians, and weapons contractors, American generations have been at war every year for decades. By the year 2000 and the decade that followed heirs, descendants, and the same banks from 1907 still ran the U.S. financial system. Banks like Wells Fargo, Morgan Stanley, Chase, Citigroup, JPMorgan Chase, and Goldman Sachs all have shares in each branch of the Federal Reserve.

The Federal Reserve and Wall Street incited the panic of 1987 (Black Monday) as well. Years later the same banking families and Wall Street elite created the subprime mortgage crises which saw the Federal Reserve initiate quantitative easing (QE) and massive stimulus bailouts. Bitcoin was born from the fires of the 2008 financial crisis and Satoshi Nakamoto mentioned the bailouts in the genesis block.

Opting Out and the Counter Economy

Libertarians, gold bugs, agorists, and bitcoiners have understood long ago that the Federal Reserve and the ‘Money Trust’ that still exists today, run the U.S. financial system just like Charles Ponzi. The Federal Reserve and Wall Street elite have popped the economic bubble once again and it started well before the coronavirus outbreak. The Fed has added over $6 trillion to the bank’s balance sheet and it creates money as if it grows from trees. Similarly to the five unelected men who destroyed the economy in the early 1900s, in 2020 five unelected Fed board members created trillions of dollars with a push of a button.

Many economists now believe the Fed has no limit and at some point, America will be faced with hyperinflation no different than Venezuelan bolivars or Zimbabwe trillion dollar notes. With the Fed and more than 37 modern central banks worldwide creating fiat like no tomorrow, a number of crypto investors think that these acts will propel bitcoin to new heights. However, the U.S. dollar and a few other fiat currencies are the most dominant measures of money worldwide, and cryptocurrency would likely be valued very differently if they fail.

What do you think about the fact that the same banking cartel from the early 1900s still runs the system today? Let us know in the comments below. 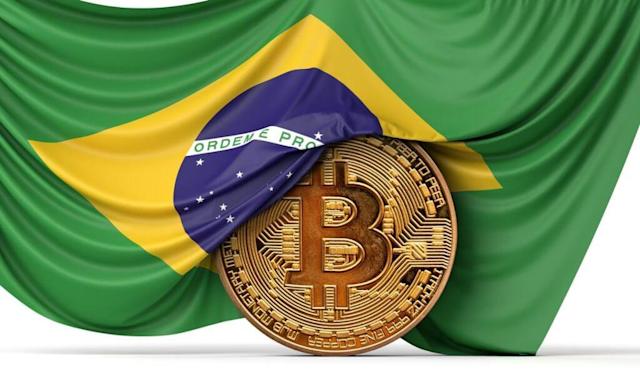