Just recently, cryptocurrency evangelist Roger Ver shared a video on Twitter that shows a number of vending machines in Hong Kong that accept bitcoin cash and ethereum, but not bitcoin. A bunch of people got upset at the Tweet, including the crypto-pundit Tone Vays because they couldn’t deal with the fact that onchain bitcoin transactions could not provide such services. The reason bitcoin cash is supported by these vending machines in Hong Kong is because bitcoin transaction fees are 1,931x more expensive than bitcoin cash transactions.

For years now the concept of leveraging cryptocurrencies with vending machines has been a popular trend because the two go hand in hand. In the early days, when bitcoin (BTC) fees were cheaper, vending machines that utilized BTC were gathering steam. News.Bitcoin.com reported on the subject back in 2016, just before BTC fees skyrocketed to $50+ per transaction at the end of 2017. The network clog and higher fees have made it so bitcoin vending machines are not realistic if they are powered by BTC transactions. There have been a few Lightning Network-powered vending and candy machines, but the Lightning Network is riddled with issues like failed transactions and a myriad of other vulnerabilities. Hardcore BTC maximalists don’t like to admit it, but in a much shorter period of time, the Ethereum blockchain handles more BTC-based offchain transactions by a long shot.

Why do these HK vending machines accept #BitcoinCash and #Ethereum but not #Bitcoin? pic.twitter.com/NosqL8ZVgP

Just recently, the well known digital currency investor, Roger Ver, tweeted about a few vending machines in Hong Kong that only accept ETH and BCH. “Why do these Hong Kong vending machines accept bitcoin cash and ethereum but not bitcoin?” Ver asked his Twitter followers. The reason why cryptocurrency vending machines cannot use BTC is because it is currently 1,931.56x more expensive to transact on Bitcoin (BTC) in USD,” according to Coin Dance statistics. So let’s just say a candy bar or can of soda in the machine costs $1, and according to Billfodl’s BTC fees web portal the average transaction will cost a user between $1.23 or $1.72 per transaction. So that dollar soda would cost a person a minimum of $2.23 for an 8oz can of cola, and anyone with some brain cells knows that’s not sustainable for vending machine operations.

Despite the facts, the Youtuber and crypto-pundit Tone Vays busted out a logical fallacy and said: “Because you probably paid for that feature of the machine.” Vays then switched goalposts, and said that the real question was “how many transactions have they processed since that demo.” Vays didn’t get into the fact that leveraging BTC is not sustainable to run a vending machine with dynamic and unreliable transaction fees. Vays forgot to mention that vending machines are not the only projects BTC’s high fees have neutered. Bitcoin cash fees are always low and less than a U.S. penny per transaction. BCH fees even remained that way in September 2018, when the BCH chain processed 2.4 million transactions in 24-hours.

Vays and the other people who decided to dismiss simple facts, didn’t mention that coin tumbling and coinjoin applications are much harder when BTC fees are so high. A number of mixers and tumbling services that operated in the early days are hardly used these days because of BTC high network fees. On the other hand, BCH fees are super low and have allowed for projects like Cashshuffle and Cashfusion to thrive. Both of these applications continue to allow people to shuffle millions of dollars because of low transaction fees. Let’s not forget that BCH developers pioneered Cashfusion and even BTC proponents are beginning to understand it offers more privacy than traditional coinjoin practices.

Unfortunately, people forget that even color coins (tokens) were eclipsed from the BTC chain too for the most part because of fees. This reasoning alone is likely why Tether has moved most USDT over to other blockchains instead of relying on Omni. Ethereum is BTC’s sidechain because projects like Wrapped Bitcoin (WBTC) have outperformed the Lightning Network.

High transaction fees and network congestion has done a lot of damage to certain ideas like micropayments as well. If you cannot purchase a $1 soda in a reasonable manner, sending micropayments of $0.10 to $0.25 is even worse. The real reason the vending machines in Hong Kong accept bitcoin cash and ethereum is because it is not sustainable to run a vending operation with BTC’s expensive and unreliable transaction fees. No more no less.

What do you think about the response to Roger Ver’s tweet? Let us know in the comments section below. 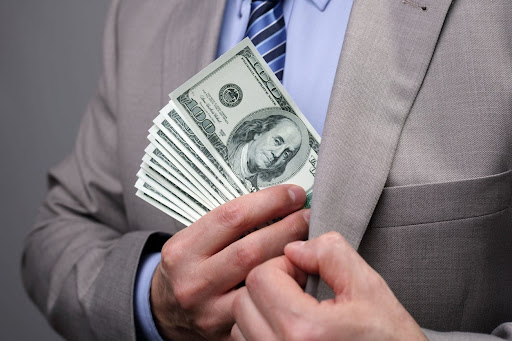