Metaverses powered by blockchain are wildly successful and have drawn millions of users from all over the world. Primarily to encourage them to enter the digital era and establish a more solid and robust virtual reputation. Major businesses from across the globe have joined the Web3 future bandwagon, where virtual worlds will be constructing new realities.

The Sandbox is one of the most well-known metaverses that blockchain game creators have created throughout the years. The Sandbox is permanently altering the gaming landscape by providing a decentralized virtual environment where players are free to utilize their ideas to create engaging game experiences.

Players are given the tools necessary to create fascinating gaming projects and deploy them on the owned land parcels in the vast and immersive virtual environment. Furthermore, this approach makes it feasible for artists to realize their ideas and creates avenues for them to profit financially from their creative endeavors.

We’ll go over each of the crucial components that players need to keep in mind for a successful campaign in our comprehensive The Sandbox review.

The Sandbox, a virtual metaverse hosting many decentralized land parcels, allows users to build, sell, and monetize their own virtual real estate. A blockchain-based live metaverse called The Sandbox is one of the few available publicly.

Before being developed on the Ethereum blockchain, Sandbox was first launched on Steam as a game-builder simulator. By the end of 2018, Animoca Brands had acquired the brand, migrated it to the blockchain, and created a large metaverse where users could create virtual money using the newest technology.

Developed by like-minded individuals, The Sandbox quickly gained popularity through its unique in-game features that encouraged the collaborative development of innovative items. However, in order to exchange items in The Sandbox market, the utility and governance token $SAND is essential.

Additionally, individuals can customize the virtual land according to their preferences, thanks to the land pieces they possess. Since non-crypto fans have been reluctant to test the metaverse, anyone might design various games and deploy them on their land parcels to draw crypto and non-crypto players.

Additionally, suppose top-tier games are implemented within the grid. In that case, people from all over the globe will be compelled to try the virtual environment and experience the next-level gaming that uses the play-to-earn (P2E) feature and allows players to receive rewards for their contributions to the metaverse.

Players and game developers may create and monetize their games and assets in the Sandbox, a metaverse. Overall, The Sandbox is a framework for creating and playing games rather than an actual game. The four components of The Sandbox’s gameplay may be discussed.

Your avatar serves as a representation of you across the metaverse in The Sandbox, making it one of the most critical components. You may find detailed instructions for creating an avatar on the Sandbox website. You can select from the creators’ presets or customize them and add all the necessary equipment.

Use The Sandbox Gamemaker, a unique tool provided by the game, to build your own environment in The Sandbox. You may download the game builder from its website if your machine meets the minimum requirements.

You may build your own 3D games in any genre with The Sandbox Gamemaker. Additionally, you may choose the game’s rules and create the game dynamics yourself. What feature of the program stands out as the best? Making the game of your dreams doesn’t need any previous programming knowledge. The games made by others that are accessible on the application page might also serve as inspiration.

The Sandbox provides you with a different program called VoxEdit that you may use to design your own NFTs. Making and animating 3D objects for use as in-game assets is possible using VoxEdit. These assets might be fungible or non-fungible and are produced as ASSET tokens (ERC-1155 tokens). The ASSETS were created to export them to further games in the future. The in-game marketplace of The Sandbox and the majority of other NFT markets are where you may sell the objects you make using VoxEdit.

Players have the option to design a wide variety of original game environments in the sandbox. Players may discover other games and configurations by traveling around several planets. The most important component of any game is entertaining gameplay, and with The Sandbox, you may fully enjoy gaming. In-game worlds are becoming increasingly prevalent, and they are so much fun that SnoopDogg debuted his planet in The Sandbox in September 2021.

Pros And Cons Of Sandbox

In addition to the Sandbox, the Web3 interface is in its infancy, so the metaverse has a long way to go. Blockchain technology is still plagued by a few issues that prevent it from reaching new heights. Cryptocurrencies have matured enough to prosper as a sustainable economy, but a few issues prevent them from becoming a significant force in the world economy.

The Sandbox also offers a few products that leave competitors in a state of confusion. While there are some upsides to the metaverse, there are also a few downsides, which may negatively affect a first-time user.

The Sandbox’s decentralized mode of governance, which allows SAND owners to oversee rules and manage the metaverse via autonomous decentralized organizations, is one of its main benefits (DAOs). Users will self-govern the metaverse and have complete control over their digital assets; there is no centralized authority that might influence the regulations.

A user will have full digital ownership over all of the non-fungible assets (NFTs) they have created or acquired. These resources might be used to develop P2E games, be deployed on the land parcels, or be sold on The Sandbox market to make money. The users are free to use their creativity to design games and incorporate them into their own virtual worlds, even if there is a regulatory procedure in place to guarantee that all material complies with the set regulations to ensure that it doesn’t offend particular groups.

The metaverse has a variety of play-to-earn (P2E) features that let anybody participate in the games and win rewarding prizes. Similarly, because the users entirely own the assets produced inside the metaverse, exchanging them is another fruitful way to make money.

Support for cross-platform interoperability, which would allow users to use blockchain technology to use their assets in other apps built on the blockchain system, is another standout feature of The Sandbox. Players will eventually be able to swap and transport their owned virtual assets across different metaverses, and P2E games, albeit the mechanism, will take some time to develop.

The metaverse needs time to develop before it is turned over to the users in order for the DAO structure to function correctly. Additionally, given that SAND token holders have a higher voice in the voting process and that many tokens were sold in private auctions and sales, there is a possibility that a particular set of individuals will be influencing the decisions adopted utilizing the DAOs.

3. Everyone cannot afford it

A user must invest significant money to access the vast metaverse and take advantage of its rich possibilities. Before buying the land parcels, utilities, and in-game goods, one must first acquire the SAND tokens and pay the gas costs, both of which are pricey tasks that most players won’t be able to afford.

4. No Guarantee of Lucrative Feedback From Community

The Sandbox is committed to giving gamers the flexibility to create complex gameplay experiences. A lot of money is invested in the marketing aspect of these experiences in order for them to be successful. Although the metaverse allows artists to devote their time and money, they cannot count on receiving a favorable community response.

Is Sandbox a good investment?

The Sandbox’s value has increased by more than 11,600% in the last year. With more people becoming interested in the metaverse, its value will rise even more. While Decentraland and Enjin are competitors for the game, The Sandbox has already recruited several high-profile partners, including Atari, Snoop Dogg, and Adidas, which may give it an advantage over its rivals. Additionally, it secured funding from a number of illustrious parties, including Polygon Studios, Kingsway Capital, and Galaxy Interactive.

It’s crucial to keep in mind, however, that the well-known mobile game has a direct counterpart in The Sandbox metaverse. Thus, the enthusiasm of the gaming community and the strength of Ethereum, the metaverse’s underlying digital currency, are crucial to its success.

The game must continue to draw in eager players to play it if it is to increase in value. The Sandbox does seem to be a risky investment, though, considering that it is cryptocurrency-based – a novel, high-risk investment in and of itself — amid the sometimes unpredictable gaming sector. For instance, the SAND token’s usage is limited within the game itself. 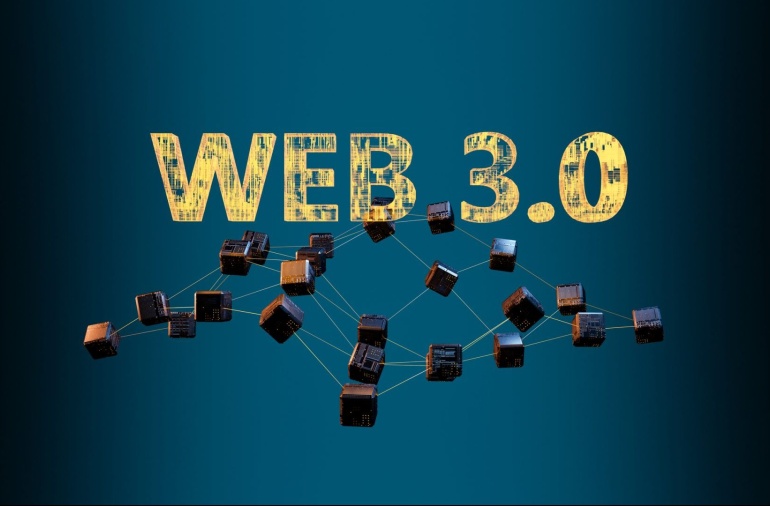