SocialFi: what is it? Introducing tomorrow’s social network for beginners

SocialFi – what is it?

With SocialFi, social networking meets decentralised finance. With SocialFi platforms, you can develop, run, and own social media platforms and the content they produce.

Among SocialFi’s core users are content producers, influencers, and users seeking to manage their social media engagement and follower numbers more efficiently, monetise their followers, and manage their data. The primary use of cryptocurrency is monetisation, while the immediate use of nonfungible tokens(NFTs) is the identification and digital ownership .

A unique feature of these platforms is that they are designed to thwart centralised censorship: they are decentralised autonomous organisations (DAOs). Moreover, the SocialFi infrastructure can provide the necessary throughputs as blockchain technology has rapidly advanced over the past few years.

Social media on the Web 2: Challenges

Around the world, 58.4 per cent of people spend 2 hours and 27 minutes on social media daily. However, the attention, interactions, engagement, and data created are primarily geared towards a small number of centralised corporations and their stockholders. This mismatch of incentives led to the one-liner, “If the product is free, you are the product.”

Several platforms have also prohibited content providers from discussing particular topics due to centralised decision-making. Although such systems are often designed to protect a large base of users from damaging posts, a decentralised curation mechanism would be more in keeping with Web3’s principles.

With SocialFi adhering to the Web3 ethos, which decentralise social apps, the social media sector is poised for disruption. As a result, a primary focus is on addressing significant design concerns associated with Web2 social media platforms.

This article discusses some of the crucial areas where SocialFi attempts to outperform its Web2 counterpart. But, of course, SocialFi’s popularity would also be more apparent if that were the case.

The DAO paradigm makes equitable incentive management possible for all stakeholders as part of Web3 apps. Furthermore, with SocialFi apps, social tokens or utility tokens can be utilised in-app to enhance the user experience further.

In-app economics, utility tokens are typically used in both the DeFi and GameFi worlds. As part of the SocialFi economy, social tokens represent the third tier of the economy. Creating these tokens at both the user and application levels is possible. In addition, it is now possible for creators to control their economies thanks to social tokens.

Here are some factors that might affect the value of the social token in this paradigm.

Since spamming will cost money, these guidelines will enhance genuine interaction and help artists and influencers monetise their brands.

Censorship and freedom of speech

This challenging and ambiguous issue domain has proven challenging for most Web2 social media platforms. While we oppose centralised censorship, we also don’t want lousy information to be spread freely around the globe. An equilibrium exists at a moderate level.

For decentralised curating, platforms such as SocialFi rely on on-chain data labelling. For example, socialFi sites have on-chain posts that are publicly accessible. The on-chain data allows rules engines to analyse and categorise messages based on their topics and types of words. Choosing the appropriate postings is the responsibility of the chain’s nodes.

Depending on the label, some nodes can engage with it, and others can block it. The node might be sued if it interacts with a detrimental message and supports it. This means that a central authority or a small team within a major organisation cannot impose rules on the network. Additionally, the individual is responsible.

Identification and ownership of digital assets

Picture-for-proof (PFP) NFTs have created a new form of digital identification. PFP NFTs, such as Bored Ape Yacht Club, Moonbirds, and CryptoPunk, are collections that NFT holders construct. The market is worth $18 billion.

These NFT owners are pretty happy to use their images as their Twitter and NFT profiles. The PFP NFT holders see their NFTs as their identity, while quick flippers view their NFTs as their way of life. As a result, a close emotional bond develops between the holder and these NFTs.

In contrast to emotional identification, NFT serves as evidence of ownership. Users can simply connect their wallets to verify ownership of their NFTs and use their NFTs as their profile photos when setting up their SocialFi profile.

SocialFi members are granted unique access through PFP NFTs in addition to identification. In addition to thought leadership, these groups may also offer events, experiences, and early access to investments to NFT holders. This is already being done in Discord groups, but there is still room for improvement.

Producers can also showcase their work through NFTs on SocialFi platforms. A collection’s sales revenue can be split with the owners of the social tokens that the artist used to launch it. As a result, fans can spread the word about the NFT collection, possibly boosting sales of the collection.

Lastly, by pressing a button, messages that seem like once-in-a-lifetime events can be instantly transformed into NFTs. Unfortunately, on Web2 platforms, many of these functions are unavailable due to the nature of the beast and mismatched incentives.

Why does everything seem too good to be true? What does the future hold for SocialFi as a social media platform? As we have mentioned in earlier parts, SocialFi faces challenges in implementing its design concepts. Web3 must overcome the following obstacles:

Four petabytes of data are produced by Facebook every day. For example, the number of likes on posts is 4 million, the number of comments is 510,000, the number of status updates is 293,000, and the number of photographs is 136,000 every minute. Are blockchains capable of handling such large quantities?

Due to its design for SocialFi use cases, DeSo, the blockchain layer being developed for SocialFi apps, says it can scale better than other layer-1 chains. They use indexing, block size control, warp sync, and sharding to achieve scalability.

In warp sync, nodes are not required to verify the entire history of transactions when verifying transactions. In addition, by adding parallel processing, sharding increases throughput by several orders of magnitude. By using these two methods, DeSo believes the platform can reach one billion people.

An economic structure that endures

A key challenge of mode DeFi and its descendant business models is developing economic models that endure under pressure and extreme circumstances. Several services offer precious rewards to their users, such as GameFi and SocialFi. It has been shown, however, that these rewards are only temporary growth hacks.

Taking the next step

The SocialFi platforms seem promising, despite business strategy and infrastructure challenges. We are moving towards a creative economy model that is gaining traction worldwide.

The resilience of social networks based on DeFi principles can only be asserted after a few downturns and through them. SocialFi undoubtedly falls under that category as well. However, the potential is limitless when market tailwinds encourage growth and SocialFi initiatives remain attractive for investment. 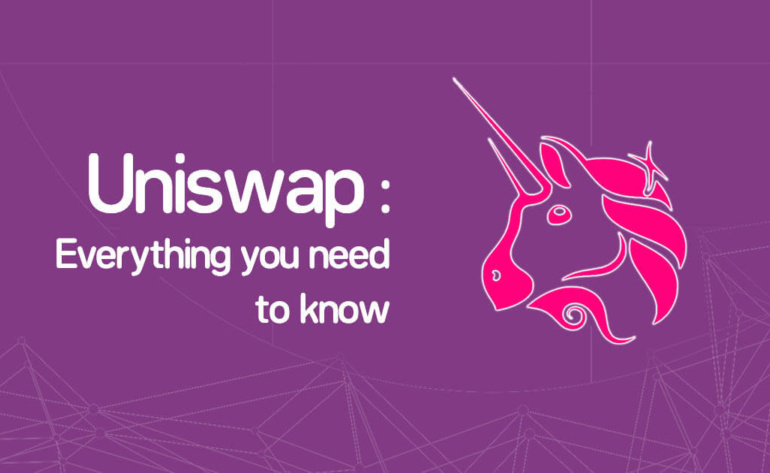 What Is Uniswap and How Does It Work?