Traders are being confronted with a sea of red across almost all assets Thursday. Fed Chair Jerome Powell’s speech on the economy didn’t inspire any optimism about the next few quarters. “The virus and the forceful measures taken to control its spread have induced a sharp decline in economic activity and a surge in job losses,” Powell said in remarks Wednesday.

“You can’t print your way out of this,” said Zachary Reece, managing partner of digital asset firm Lotus Investment Strategies Global. “I fear we are taking the opposite approach and will see the downfall of the United States dollar.”

Read More: Fed Sees No Inflation Through 2021, but Bitcoiners Are Betting on It Anyway

Indeed, the U.S. Dollar Index rose 0.4% off its three-month lows Thursday after Powell’s comments. That could signal investors are starting to look at classic safe havens like gold.

Gold is one asset trading flat, down by less than a percent at around $1,727 for the day. “In my view gold is the safe haven for old-school investors and bitcoin for more modern-thinking ones,” said Henrik Kugelberg, a Sweden-based over-the-counter cryptocurrency trader.

Cryptocurrency stakeholders have long insisted bitcoin is its own asset class, not tied to any other. However, it seems like it is increasingly operating with the traditional markets, at least for now.

Bitcoin isn’t the only cryptocurrency taking a hit. Digital assets on CoinDesk’s big board are red Thursday. Ether (ETH), the second-largest cryptocurrency by market capitalization, is trading around $230 and slipped 7% in 24 hours as of 20:00 UTC (4:00 p.m. ET).

Oil isdown quite a bit, slipping 7% with a barrel of crude priced at $36 at press time.

In Europe, the FTSE 100 index of top companies in Europe fell 4% Thursday as job cuts were announced at several companies. In Asia, the Nikkei 225 index of publicly traded companies in Japan ended trading in the red 2.8% as companies were dragged down on the U.S. Federal Reserve’s outlook.

In the U.S. the S&P 500 index fell 5.8%, with major selling in the final hour of trading as coronavirus-induced economic numbers put a damper on the market. U.S. Treasury bonds were mixed Thursday. Yields, which move in the opposite direction as price, were up most on the two-year bond, in the green 18%. 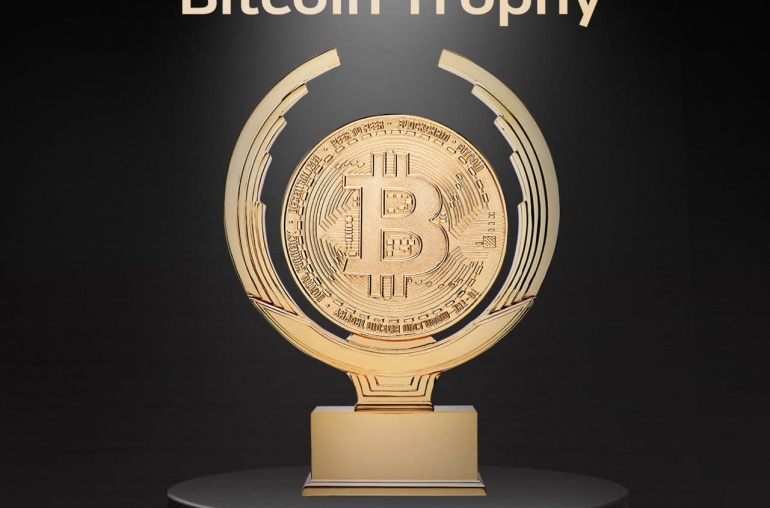 The Bitcoin Trophy: an artwork that disrupts NFTs