When it comes to possible long-term earning strategies, the cryptocurrency community is typically split into three main factions.

The first category comprises investors who profit from market turbulence through trading. To maintain consistency, they adhere to tight risk management. The second group consists of long-term investors, sometimes referred to as “HODLers.” They don’t trade it; instead, they simply keep it because they believe that Bitcoin has long-term worth and that its price will rise significantly over time.

Miners are the third. These are people or businesses who have spent money on hardware so they may take part in the Bitcoin mining process. In this essay, we will examine mining in further detail and attempt to determine if it will still be viable in 2022 or whether miners would be better off investing their earnings directly in Bitcoin.

What is Mining for Bitcoin?

We will only focus on Bitcoin because it was the first cryptocurrency to use the algorithm and spread the idea throughout the market, despite numerous cryptocurrencies being mined.

Bitcoin miners employ powerful machines to solve challenging mathematical calculation tasks. The “Proof-of-Work” consensus mechanism, which forms the basis of Bitcoin’s blockchain, drives the process. Transactions are validated and verified by miners, who are compensated (in BTC) for their work. This ensures that there are no fictitious transactions or duplicate expenditures.

Additionally, they group these transactions into blocks and publish them on the network, giving rise to the name “blockchain.” The successful miner is rewarded with a block reward for this.

The Halving of Bitcoin

The Evolution of Bitcoin Mining

When Bitcoin was first made available to the general public, mining was often carried out on home computers with conventional GPUs. This is because the miners already had the necessary tools; thus, getting the reward was relatively simple because they didn’t need to put any money upfront.

Furthermore, there was little competition because few individuals knew the cryptocurrency and how to begin mining it. This quickly changed, however, with the introduction of application-specific integrated circuit chips (ASIC), which provided far better capabilities than the typical personal computer and rendered it obsolete.

The standard was markedly raised. However, due to the significant costs associated with mining successfully, as a result, few people were able to meet the new criteria consistently. Additionally, massive Bitcoin mining facilities with powerful equipment began to appear around this time. Notably, Bitcoin’s hash rate grew significantly once ASIC-powered machines began to run, ultimately leading to a much healthier network.

It became apparent that such organizations would be in charge of Bitcoin mining by introducing new and potent technologies and constructing sizable mining facilities. China had previously held the top spot in terms of hash rate (with over 66%) before the government formally forbade miners. As a result, businesses were compelled to turn off their equipment. The accompanying figure illustrates this with the dramatic decline in May 2021.

The network quickly sprang back, demonstrating once more how robust Bitcoin is and that no single entity has the power to “shut it down.”

AntPool is the largest recognised pool regarding the entities that make up the more significant portions of Bitcoin’s hash rate. Yet, a substantial amount of it is dispersed over the globe with unknown origins (marked as Unknown).

The main question is now presented, but it is not easily answered. There are four key criteria to take into account before determining if mining Bitcoins today is still profitable:

The first one is reasonably arbitrary and primarily location-based, as the cost of power varies depending on where the mining equipment is located. Also important to consider is the electricity’s source, or how the miners power their machinery. Others use fossil fuels, while others use solar, wind, or hydroelectric power. When performing the computations, all of this must be taken into consideration.

Since Bitcoin calculates transaction validation in hashes per second, the difficulty factor and hash rate are closely connected. When more active miners occur, the difficulty rises to maintain a constant distribution level. The network is structured to create a specific amount of bitcoins each second.

Even while it would seem that having access to computational power wouldn’t cause any problems, that isn’t always the case. Bitcoin mining became quite popular with the parabolic price increases of 2017 and 2021 and the increasing media attention, and many individuals were seeking to join in. Unfortunately, the scarcity of mining equipment led to exceptionally high pricing for specific parts like CPUs, video cards, and other items.

As was already said, competition can be the most crucial element. But, as the preceding paragraph shows, large mining firms are the main actors, leaving few opportunities for lone miners.

With all of this in mind, why the question cannot be answered with a simple “yes” or “no.” In reality, each aspiring miner should consider all of those aspects before deciding whether or not to pursue mining. First, be sure you have performed all necessary calculations before going to the hardware shop to make significant purchases with the intention of mining Bitcoin.

HODLing is probably the most passive investment currently accessible, and it’s how many bitcoin billionaires got there. These investors probably bought multiple coins at a discount when there was little interest in them, and after keeping them for a while, they realised a significant profit.

Even though their method finally worked in their favour, it is possible that their currency had several highs and lows before reaching this price. It’s feasible that they have added a sizable number of additional coins or tokens to their pot while still making profits if they had taken advantage of these dips and increases.

The HODLing strategy is the best option for you if you’re more interested in investing passively with little effort on your side. Investors in this group would be wise to choose a reliable project, put it in a secure wallet, such as a hardware or paper wallet, and then put it aside for a few years.

However, HODL investors must be careful to monitor the status of their investments in case a coin or token swap is launched. These events often have a short window of opportunity; if you miss it, your investment can be lost. The most significant places for investors to immediately get this information are frequently Reddit or Twitter.

How do you know when to keep HODLing?

It’s usually not a good idea to sell your investment if your selected asset is going through a difficult period and you’ve already lost a sizeable amount of your earnings. Every market trades in cycles, and the cryptocurrency market is no different. This means that if you sold an investment that was now trending downhill, you would probably miss the upside, which will likely return soon.

This has been the downfall of many eager investors, and Reddit is rife with sellers who regrettably jumped off the ride when they might have earned fantastic gains. Prevent trying to make money by pumping coins you have no interest to avoid losing money quickly.

Consider your situation for a minute before deciding whether or not to sell. Do you require this money right away? If so, you probably shouldn’t have invested it in the first place, and if you don’t, it could make more sense to keep your coins or tokens for a bit longer after separating yourself from the emotional loss.

You could be able to sell in a far better position than if you accepted the loss in a few months. But unfortunately, cryptocurrencies may be cruel, and sometimes the only way to profit is to wait it out.

It could be a good idea to diversify a little bit when you’re near the break-even mark if most of your holdings are in this currency and you believe that you are too concentrated on one region for your portfolio to be safe. However, this would be a choice you would have to make for yourself, and you should consider the profits you may lose if you sell before a profit is realised.

On the other hand, if you really believe in the concept and your asset is experiencing a significant decline, it could be time to acquire more! Many investors use this approach across several markets to reduce the average cost of their assets. Increasing your holdings might be a smart choice if you believe your investment has a solid future.

Mining has recently become a billion-dollar sector with so many big entities vying for more power. Individual miners are often excluded from such changes, although many persist and thrive. The fourth halving of Bitcoin is anticipated to occur in 2024, lowering the incentives that miners get in half to 3.125 BTC.

This could first deter potential entrants who wonder whether it wouldn’t be more advantageous to invest and wait for it to increase over time. This expansion is not assured, though. As one of the most essential parts of the Bitcoin puzzle, miners not only maintain the network’s security and validate transactions in addition to receiving Bitcoin as rewards. 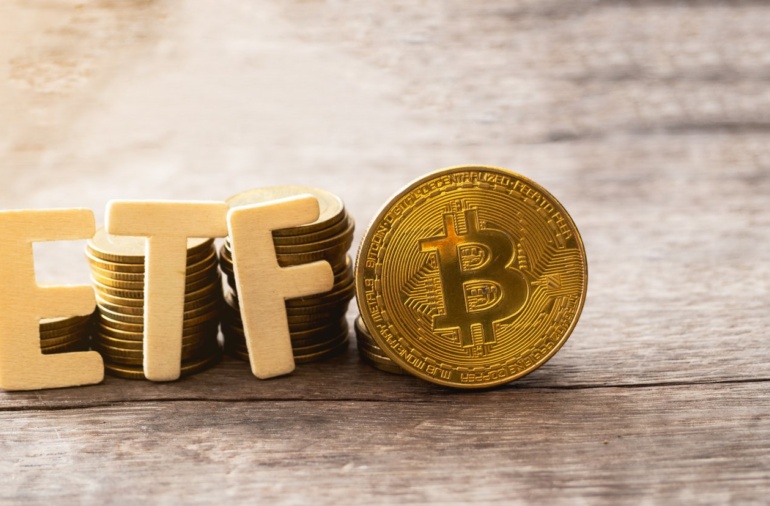