The giant luxury brand, Gucci, has tapped further into the cryptocurrency world by announcing that it will start accepting crypto payments in selected US stores at the end of this month.

The decision of the brand is another major milestone for cryptocurrency, which is rapidly becoming an acceptable form of payment. Gucci stated that this is a pilot test, with plans to roll out a similar payment option to all of its North American stores by the suummer.

In-store cryptocurrency payments will be done via a link supplied to the client via email; the link comprises a QR code that enables the user to complete the transaction from their crypto wallet. Phipps Plaza in Atlanta, Rodeo Drive in Los Angeles, Wooster Street in New York, the Miami Design District, and The Shops at Crystals in Las Vegas are the first Gucci locations to accept cryptocurrency. Gucci will accept payments in over ten cryptocurrencies, including Bitcoin, Ethereum, Shiba Inu, Wrapped Bitcoin, Litecoin, as well as five stablecoins tied to the US dollar. Additionally, it will take Dogecoin, a “meme” cryptocurrency established as a joke.

Cryptocurrency payments are typically accepted in physical locations using a QR code or near-field communication (NFC) reader that communicates with the buyer’s smartphone cryptocurrency app, just like mobile credit card payments system. A store can convert payments right away into fiat money, like US dollars, or it can keep them in cryptocurrency.

Gucci at the Forefront of Blockchain Technology

Although a number of brands have been trying out the use of blockchain technologies, especially with the release of NFTs and other cryptocurrency ecosystems. However, the use of crypto payments in these stores is rarer, and Gucci is pioneering the integration of crypto payments into its services. This move will help Gucci build bridges between its physical presence and evolving technologies.

In a recent Gucci release, the brand gave special access to owners of its NFT projects to pre-order new products before the general public could have access to them. This way, there is a fine blend between its physical store demand and also its virtual collection.

In June, Gucci was the first luxury house to issue an NFT; in June, the one-of-a-kind art film sold for $25,000. It has also released two more NFT projects and set up a Discord channel. 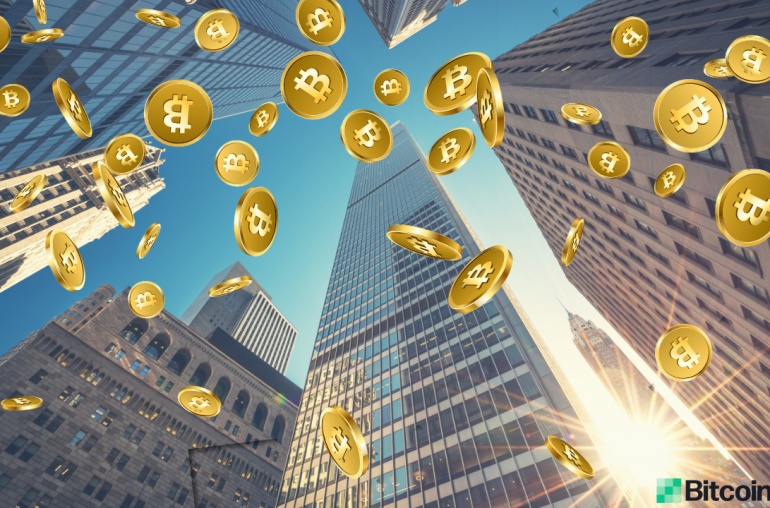 80% of US and European Institutional Investors Find Cryptocurrency Appealing: Survey