Goldman Sachs held an investor call Wednesday to discuss current policies for bitcoin, gold and inflation in the context of the COVID-19 crisis. The big takeaway? The stalwart investment bank is still no fan of bitcoin or other cryptocurrencies.

A slideshow released before the call cited hacks and other losses related to cryptocurrencies as well as their use to “abet illicit activities” as some potential liabilities.

Seven of Goldman’s 35 slides mention bitcoin, but the people on the call only discussed bitcoin for roughly five minutes at the end, with no questions taken after.

In the call materials, Goldman notes that while cryptocurrencies like bitcoin “have received enormous attention,” they “are not an asset class.”

Why? The reasons include bitcoin’s inherent lack of cash flow, unlike bonds, and its inability to generate earnings through exposure to global economic growth, according to the presentation. Goldman also notes bitcoin’s volatility, citing the recent drop to 12-month lows in early March. The price spiked nearly 5% to $9,200 a few hours before the call.

Some professional cryptocurrency analysts were less than impressed by Goldman’s analysis.
“The criticisms were very cookie cutter, the type you’d expect if someone just read mainstream headlines,” said Ryan Watkins, bitcoin analyst at Messari and former investment banking analyst at Moelis & Company. “It’s like they didn’t fully diligence the asset.”

“Many investments that Goldman labels as ‘suitable for clients’ do not generate cash flows and are primarily dependent on whether someone is willing to pay a higher price at a later date,” he said on Twitter.

“One could argue bitcoin isn’t backed by anything, but to liken it to a game of hot potato ignores the subjective value such a novel asset provides,” said Kevin Kelly, former equity analyst at Bloomberg and co-founder of Delphi Digital, a cryptocurrency research firm that recently published a comprehensive report on bitcoin.

Bitcoin’s current value, according to Kelly, is backed by “the demand for an apolitical speculative asset that may or may not turn out to be one of the world’s most valuable safe havens.”

The two Goldman speakers on the call, its head of research and a Harvard economics professor, said several bitcoin forks, which they refer to as “nearly identical clones,” occupy three of the six largest cryptocurrencies by market value. With this, Goldman inferred that cryptocurrencies as a whole “are not a scarce resource,” according to the presentation.

This critique is “particularly eye roll worthy,” Watkins told CoinDesk. “Forks are their own assets and have nothing to do with bitcoin.”

In its conclusion, Goldman does not recommend investing in bitcoin “on a strategic or tactical basis for clients’ investment portfolios even though its volatility might lend itself to momentum-oriented traders.” 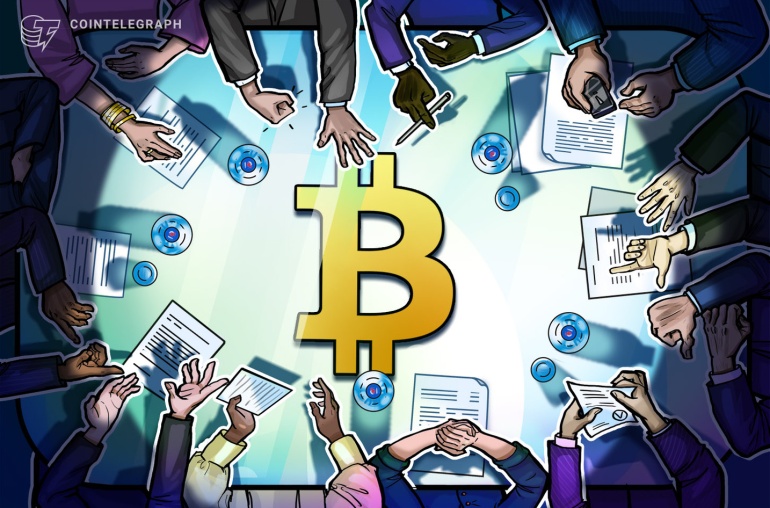