Now that the Chinese Supreme Court has deemed cryptocurrency fundraising to be illegal, those who violate the new decision risk jail time. China had previously banned cryptocurrency trade and mining.

In China, cryptocurrency crowdfunding is illegal

On Thursday, the Chinese Supreme Court published a paper stating that crypto crowdfunding from the public is now prohibited, effective March 1. This is a result of the most recent modifications to the country’s Criminal Code, which were adopted in December of last year.

The new rule’s penalties will be proportional to the amount of money involved in the offense. It was a “huge sum” of money that the Supreme Court of China referred to as cryptocurrency crowdfunding. However, a fine of more than 50 million yuan ($7,917,029) will be termed “very enormous,” and the violators will likely face ten years in jail.

An endeavor to prevent unlawful fundraising and financial fraud is a part of this. In essence, the new directive aims to “punish illegal fundraising activities in accordance with the law and safeguard national financial security and stability.”

One of the most difficult places in the world to conduct cryptocurrency business is China. Cryptocurrency trading and use have been outlawed a number of times by the government. The cryptocurrency market and Bitcoin hash rate have recently suffered as a result of a crackdown on crypto mining. Concerns about the speculative character and hazards of digital currencies are expressed by the Chinese government.

With its ban on cryptocurrency, China has been hard at work developing the Digital Yuan, a central bank digital currency. More than $5 billion has been exchanged using digital money throughout its experiment.

According to a recent report, China’s government appears to have an open mind when it comes to NFTs. Cryptopolitan stated in December that Xinhua News Corporation, a major state media, has revealed its plan to issue a collection of journal photographs dubbed “News Digital Collection.” 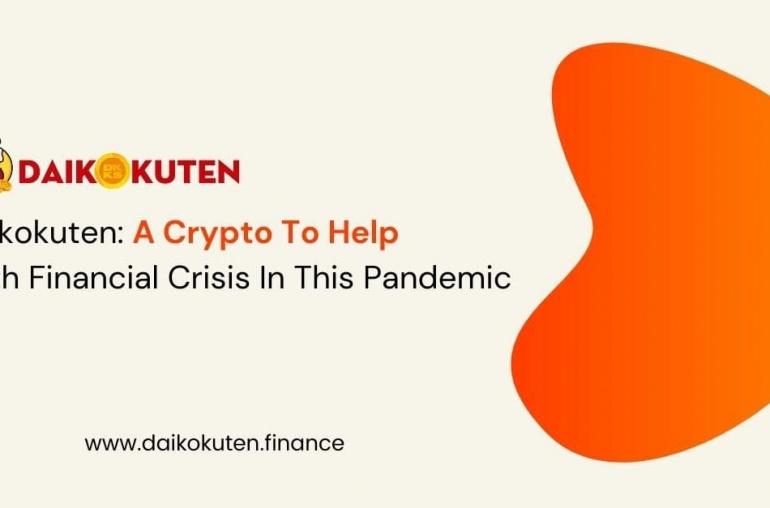 Daikokuten: A Crypto To Help With Financial Crisis In This Pandemic