Roberto Campos Neto, the president of the Central Bank of Brazil, stated that the digital real, or primarily the Brazilian central bank digital currency (CBDC), will be more than a public-retail-focused token. Instead, it will be a wholesale asset. As a result, the president believes that the private banks in Brazil would be able to issue their stablecoins that would be collateralized with digital real deposits.

The Brazilian CBDC or the digital real will not be used for retail purposes and will have a wholesale purpose. Brazil plans to issue such a CBDC with a different design compared to other CBDCs like the digital renminbi, aka Digital Currency Electronic Payment.

The president of the Brazillian Central Bank stated at a summit hosted in Rio that the private banks in Brazil would be able to issue stablecoins. He further noted that for that purpose, the banks would have to develop a technology for that and invest in the technology since they would have an opportunity to make huge gains.

Once the banks had developed the technology, Campos Neto added that the protocols for the issuance would be the same as for monetizing other digital assets. Campos Neto was optimistic about the digital real. He stated that monetizing the assets would never harm the private banks’ credit functions used as collateral.

The central bank president stated that CBDC could improve the state of things through tokenization. He believes that through tokenization, getting a reverse mortgage or payment of mortgages would become relatively far easier; not only would the paperwork be simpler, but the waiting time would also reduce alongside the fees.

The project of tokenization regarding the CBDC is not an overnight thing. The Brazillian government is laying the groundwork for the country to take leaps forward in the digital world as a leading nation. Consequently, just recently, the Brazilian Blockchain Network was launched. The project’s goal is to build a joint base for all the relevant institutions within the country to achieve the purposes of the nation’s digital policy.

Towards the conclusion, Campos Natos stated that whenever he met other central banks, some were trying to develop decentralized systems while others were talking about a multi-tiered payment system. He further said that if they had such an uncoordinated development, any system would not be better than a centralized crypto platform. 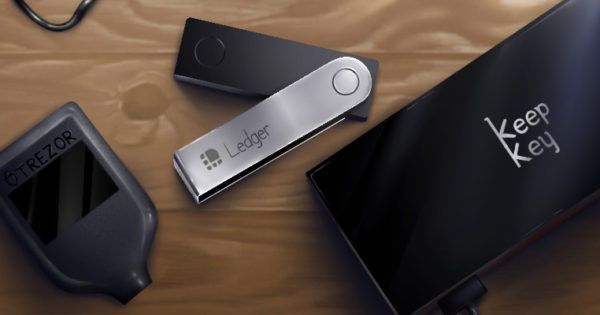 3 Efficient and cheaper alternatives to ledger and nano Hardware wallets