For twelve days straight, American citizens and a number of countries around the world have been protesting the oligarchs and police brutality. The restlessness from the uprising has slowed down some, but continues in various cities across the nation. On June 3, 2020, a reporter from Los Angeles talked to a man about the protests and he said the powers that be are not listening to people, and the best form of protest is to purchase bitcoin.

Henry David Thoreau: ‘That Government Is Best Which Governs Least’

The United States is suffering and what it’s like in 2020, is a far cry from the country’s initial days in 1776. In 2020, the American people have been smashed down and kicked so much, the revolution that took place a few hundred years ago seems to be a lost cause. Americans have lost their will to resist the government’s fraud and manipulation, instead of listening to the great writings of people like Henry David Thoreau. The well known liberty advocate wrote in 1849 that the “government is best which governs least,” and he added, “I should like to see it acted up to more rapidly and systematically.” Instead, hundreds of years later the massive government and overbearing politicians have become a systemic infection on the American populace.

Unfortunately, people think that if they vote and remove Donald Trump from office, things can heal again. However, nearly every President in my lifetime, for the past 40 years, has been an aggressive war tyrant and they created militant police forces to quell uprisings. Between Bush Sr. and the Clinton era presidencies – 576,000 innocent children died. During the George W. Bush presidency, he orchestrated some of the worst wars in the Middle East and desecrated thousands of civilians. Following Bush, the American populace thought “change” was coming, but instead of bringing peace Barack Obama ordered “double-tap” drone strikes. These strikes destroyed first responders in various countries and the warfare was in express violation of the Geneva Convention. Barack Obama never repealed the Patriot Act, even though he promised he would before he was elected. Also, a 16-year old child from Yemen lost his life because of Obama’s playtime with drones. Donald Trump’s administration followed suit by killing the Yemen boy’s eight-year-old sister.

Smashing Down Occupy and Dismantling the Bonus Army

Just the other day, people complained that Trump allowed soldiers and police to squash the protests in D.C., but Obama also did the same. For instance, on June 4, 2020, protesters took over the Brooklyn Bridge and police did nothing. But on October 1, 2011, protesters took over the Brooklyn Bridge and police arrested 700 out of the 1,500 demonstrators. Americans who do their research understand that Obama helped militarize the police. Joe Biden, the Democrat who wants to be the next President, also helped too with the penning of the controversial “Tough on Crime Act.” Obama also signed the NDAA on Xmas Eve 2013. The NDAA law
allows the federal government to imprison and assassinate any American citizen without trial and without charges. In fact, Barack Obama didn’t even mention the Occupiers once during press briefings and made a brief comment about the 98%, while American police tear-gassed, shot rubber bullets, and pepper-sprayed thousands of protesters.

But this is not the first time Americans were treated so unfairly with extreme force and violence. Not too many people know, but after World War 1, around 17,000 veterans who served went to Washington D.C. and started a movement called Shanty Town, sometimes called “Hooverville.” The soldiers wanted their money for all the time they spent in Europe, but instead, they were offered credit. When this happened to the former troops grew extremely upset, and the American Legion got them to move on Washington D.C. For a while, the vets were ok with the credit system the government came up with, but after the crash of 1929 many vets were unemployed. They wanted their money as soon as possible. So a large group formed called the “Bonus Army” and out of 17,000 soldiers owed money, family members, and friends also joined them to protest Washington D.C. for not paying them for time served in Europe. 17,000 quickly became 43,000 people in a matter of days. The protesters then formed Shanty Town. The White House at first, offered Shanty Town leaders roughly $10,000 to leave the White House lawn and Anacostia Flats. Reports also note that some soldiers took the money and left, while the majority stayed to protest.

By July, the encampment was running out of food and was in turmoil. Because of the rotten $10k deal, Attorney General William Mitchell ordered D.C. police to disrupt the protesters. At the time, Waters felt he had been “double-crossed” by the men who took some of the money. So after the police arrived, the veterans fought back and the D.C. police fired rounds into the crowd. Two WW1 veterans were slain that day. Eric Carlson and William Hushka were shot dead because of Washington D.C. police. At this time, President Herbert Hoover was not pleased with the outcome and he ordered the military to remove the protesters. The battle was now between the current military versus World War 1 veterans. Ugly, atrocious men that the country still worships today, Major George Patton and General Douglas MacArthur moved in on the protesters with tanks and hundreds of army members. Many of Patton’s and MacArthur’s men had bayonets attached to their rifles when they moved in on the crowd. The newspapers at the time recounted the entire Bonus Army experience.

“Cavalrymen and infantrymen jerked gas masks out of their haversacks,” the Baltimore Evening Sun reported at the time. “The spectators, blinded and choking with the unexpected gas attack, broke and fled. Movie photographers who had parked their sound trucks so as to catch a panorama of the skirmish ground away doggedly, tears streaming down their faces,” the paper read.

Following the Shanty Town members fleeing the scene, Patton’s tanks crushed Shanty Town and most of the protesting vets had fled via paths near the Anacostia River. At that time, President Hoover told MacArthur’s and Patton’s troops to stop. However, MacArthur didn’t like the President’s order and 1,000 men suffered injury from MacArthur’s military onslaught and another veteran died.

By 1933, Franklin D. Roosevelt (FDR) through Executive Order stole people’s gold and initiated the banking holiday. At the time the President basically gave JP Morgan and his gang keys to the castle. That same year, the Bonus Party formed again, trying desperately to get their money. Roosevelt wasn’t keen on paying them, but he did allow them to set up camp. People still love FDR to this day, but by 1936 when Congress passed a bill that would finally settle up with the vets, the so-called ‘hero’ FDR vetoed it. Congress finally overrode the Presidential decision and the Fed’s finally shelled out $2 billion in World War 1 payments, while the country was about to enter WW2.

LA Protester: My Natural Solution for the Problem Is for Everyone to Opt-Out and Exit the Economy

American citizens have been tread on enough and 2020 is no different. Over the decades, various movements have been destroyed and dismantled by U.S. politicians and police force. On June 3, 2020, a man was being interviewed by a reporter and he told the journalist that the only way to move forward is to opt-out.

“Unfortunately we live in a system that doesn’t allow us to thrive or strive and has continually been literally on our necks,” the man said. “My natural solution for this problem is for everyone to opt-out and exit the economy and the way to do that is by buying bitcoin.”

#Bitcoin message on the streets of Los Angeles. #OptOut pic.twitter.com/fffJNmEuIb

The person who was interviewed in L.A. understands that the only way the populace can win is by not playing the game. Bitcoin is a peaceful protest, and we’ve known for decades on end the political class has not changed and will not change. You see instead of a few weeks, months, or a couple of years of demonstrations in front of statehouses and the white house, cryptocurrencies allow you to protest peacefully all the way until the goal is complete. Government power can end as fast as the populace wants it to, by simply removing its control over our monetary system.

Right now the monetary system doesn’t work for everyone and it only benefits the sociopaths in government and the world’s 1%. Again the best way to protest the fraudulent and manipulated money system is to join the crypto economy. Systemic oppression stems from the nation state’s money system and it continues to bolster wealth inequality. All the money that goes into the crypto economy is essentially taking away power from all the nation-states and the fiat currencies they issue. Participating in leveraging bitcoin and the counter economy is nonviolent and you won’t get hurt or arrested by joining. You don’t have to be afraid of the mob, gunfire, rubber bullets, tear gas, or looting. What’s worse for protesters on the streets today, is the fact that the police are so militant thanks to Obama and the NDAA he signed years ago. Making matters even worse than that, is that the New York Supreme court ruled that protesters can be detained indefinitely. Civil rights activists are calling it a “suspension of habeas corpus” and it is not a good sign for American demonstrators.

The protests are showing the American people are angry, but they are really not accomplishing much of anything by marching and demonstrations. Many observers think that the protesters are just making it worse and there are better ways to avoid the system. What could politicians really do if millions decided not to pay taxes? What could they do if the majority decided to opt-out of elections and voting, decided to stop using U.S. dollars, and once and for all choose to stop listening to the bureaucracy? They could not do anything because politicians would be powerless. This is exactly why bitcoin and the crypto economy is just one way, citizens from all around the world can escape the injustices of totalitarian governments.

“The authority of government, even such as I am willing to submit to — for I will cheerfully obey those who know and can do better than I, and in many things even those who neither know nor can do so well — is still an impure one: to be strictly just, it must have the sanction and consent of the governed,” Thoreau concluded in his essay “On the Duty of Civil Disobedience.” Americans and the rest of the citizens residing in many countries on earth have a duty to keep civil disobedience thriving, and bitcoin is an excellent way to make sure that goal is bolstered.

What do you think about bitcoin as a form of peaceful protest? Let us know in the comments section below. 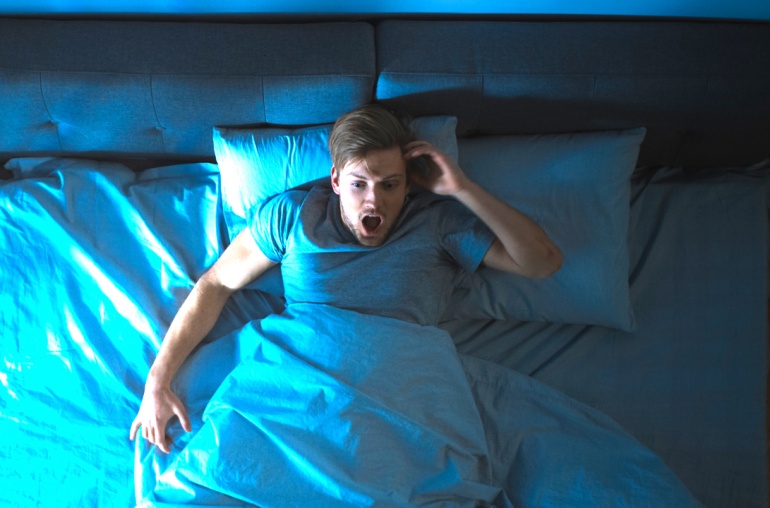 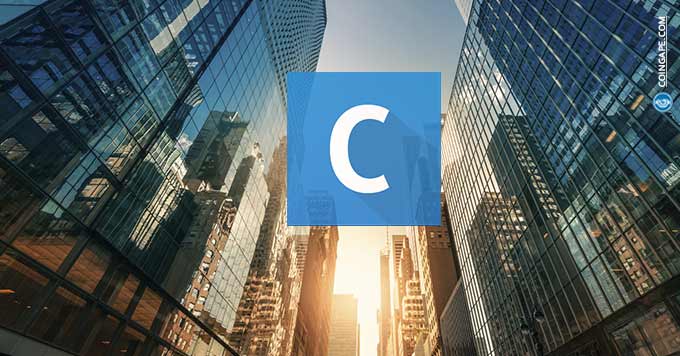